Well now. Isn’t this nice. In the middle of a huge fight in which I spend a great deal of my time trying to persuade male people that we’re not just projections that exist in their heads, but are actually, y’know, whole real people in our own right, the trans philosopher Rachel Anne Williams has decided to resurrect an ancient philosophical device and treat us to some imaginings about us.

Let’s see what we say shall we?

If you’ve ever had the pleasure of getting into an internet debate with “gender critical” feminists when it comes to issues surrounding gender, you’d know that one of their constant demands is for trans women to define “woman”. This is their ultimate “gotcha” — their best attempt to prove that trans activists are full of bullshit.

Trans woman: A woman is someone with the gender identity of “woman.”

GC feminist: That’s circular! The term “woman” is in the definition itself but you haven’t defined what “woman” means!

GC feminist: Ahh! You sexist! You’re trying to say that all women act or look a certain way! You’re reducing the concept of womanhood down to a set of stereotypes.

Trans woman: Ok, well, how would you define “woman”?

Trans woman: But what do you mean by “female”?

GC feminist: Females are those creatures that, under normal circumstances, produce large gametes.

Trans woman: Ok, but why would you want to define woman as “adult human female” and define “female” like that? That excludes trans women.

GC feminist: Well, yes, of course — trans women are men and should be happy existing as just feminine men.

If we don’t carve out a political category for women that focuses on our biological sex we will not be able to organize politically. You trans activists want to redefine what it means to be a woman in terms of some nebulous concept of “gender identity”. But I don’t have a “gender identity”. I don’t “identify” as a woman — I am a woman! Because I am female.

Trans woman: I think the problem here is you have a limited understanding of what it means to “identify” as something.

They are not mutually exclusive. This is why a lot of trans activists don’t even talk in terms of gender identity. They will say “I don’t identify as a woman, I am a woman.”

I do not have large gametes (nor am I seven feet tall). But since I see myself as a woman, I think that’s all the more reason to abandon your definition of womanhood in terms of gametes. I’d prefer to try and find a definition that is inclusive, or better, yet, give up on the very quest to define womanhood itself. Perhaps some things cannot be given definitions.

GC feminist: But if we don’t ground the definition in terms of objective, biological sex, the concept of “woman” will be meaningless and just anyone will be able to identify as a woman. After all, you trans activists are constantly saying that gender cannot be reduced to any physical trait, manner of dress, or behavior. You just keep talking about some nebulous concept of “gender identity” but can’t even explain what that means! All you have are a set of circular definitions.

Trans woman: Think of gender identity like consciousness. Consciousness is experiential and has a first-person aspect. It cannot be so easily defined.

Trans woman: But what does it mean to be aware of something?

GC feminist: To sense that thing.

Trans woman: But sensation and consciousness are two different things. You can put a sensor on a robot but that doesn’t make the robot conscious.

GC feminist: Ok, so conscious awareness is sensation that you experience.

Trans woman: But “experience” is just another way of saying “consciousness”.

Trans woman: But don’t you see? Gender identity is also a mental phenomena and it has an irreducible quality as well.

That’s what makes it so hard to define. Saying “Consciousness is about experiencing the world” is like saying “Womanhood is about identifying as a woman.”

When I say I “identify as a woman” it’s really hard to define what that means exactly without resorting to cultural stereotypes about womanhood. It’s not about clothes. It’s not about makeup. It’s not about how I act. It’s just this feeling I have that “woman” is the right conceptual category for me to be in. Thinking of myself as a man just feels so wrong! I can’t explain it.

GC feminist: That’s just it! You want to replace the hard facts of biology with mere feelings! That’s hogwash! I don’t “feel” like a woman. I am a woman! Because of my biological sex. It’s not a feeling. It’s reality.

GC feminist: But if we start to define womanhood in terms of wishy-washy feelings, anyone will be able to identify as a woman and the category of “woman” will start to be filled with a bunch of men who are identifying as woman for nefarious purposes in order to infiltrate female spaces and take advantage of the wishy-washy definitions of womanhood. Unless we ground the political category of womanhood in biology the doors will be open for just any ole man to “identify” as a woman, especially since you can’t even define clearly what that means! It’s not like the old days when trans women were transsexuals with gender dysphoria and medically transitioned and had surgery and took hormones and blended into society as women. Now you have all kinds of perverts and freaks who don’t even have dysphoria “identifying” as woman. Don’t you see how dangerous that is for society?

In this way gender identity is quite like consciousness. It has a personal, experiential element — there is something-it-is-like to be conscious just as there is something-it-is-like to identify as a particular gender, consciousness is mysterious and hard to define, gender identity is mysterious and hard to define, and yet we have a first-person understanding of both.

GC feminist: But how are we going to ground a political movement protecting females from the oppressive forces of patriarchy unless we have a specific set of terminology that refers specifically to our reproductive biology?

Trans woman: You can still use “female”.

Most people will understand the anatomy of cis females to be paradigmatic for that concept. For example, when you think of “bird” you typically think of a bird like a robin who can fly. Robins are paradigm examples of the category “bird”. The penguin is still technically a bird but less paradigmatic for the concept. Cis females are paradigm examples of the example of “female” but trans females are like penguins — they are still females but not a paradigmatic example because it’s not the first thing in people’s mind when they think of “female”.

GC feminist: But the bodies of trans women are nothing like cis females! If the term is to mean anything it must be a scientific concept that refers to objective reality, namely, the objective reality of everything associated with large gametes.

Trans woman: We already established that gender identity is an intrinsic feature of someone and realized in the brain.

Why not include these as part of the cluster concept of “female”?

We can recognize that large gametes are paradigmatic of the category “female” while also recognizing that trans women are also a kind of female and when we want to be specific and distinguish between the different types of bodies we can use the term “trans female”.

GC feminist: But why not just realize that trans women are males who identify as females? Isn’t that easier?

Trans woman: I mean, yes, in a sense, that is perfectly coherent.

The problem is ideologies like GC feminism are hellbent in saying that men are adult human males which would make trans women men.

But that’s the fundamental claim that we disagree with. I believe that trans women are women because I think whether you are a “man” or a “woman” depends on how you identify, as per my original definition.

GC feminism: You’re just going to open the doors to any pervert to wake up one day and identify as a woman and that will magically make them a woman.

Trans woman: You talk as if the process of identification is shallow when in fact to truly identify as a woman is a deep and meaningful psychological process involving a kind of commitment. It’s not the kind of thing you just wake up and do on a whim. It requires a kind of authenticity.

GC feminist: But you cannot empirically measure that authenticity. In places like the UK, they want to get rid of the gatekeeping measures in place that require you to prove you have deep-seated dysphoria and replace them with this nebulous concept of self-identification such that just anyone could self-ID as trans and then be legally granted access to female spaces. Can’t you see how dangerous that is?

Trans woman: You still have to make a sworn statement that you identify as a woman. I think you underestimate the resolve it would take to walk before a panel of legal experts and publically swear you are a different gender.

I just don’t think there is any evidence that predators are going to use this particular legal pathway to abuse women.

The benefits of getting rid of arduous gatekeeping outweigh the risks.

There are many downsides to gatekeeping.

It does not lead to the best trans healthcare, a vulnerable and marginalized population.

Besides, what do you think gatekeeping is? Gatekeeping is nothing more than having a conversation with a trans person — it’s not about medical testing. The only “test” — even with gatekeeping — is relying on the self-report on the trans person, which is itself a kind of self-ID.

GC feminist: But women are marginalized moreso! And there are much more of them!

Trans woman: Yes, but the problem is not trans-identifying women or trans feminine people. The problem is cis men.

For all your concerns about needing precise language to organize politically, the term “cis man” is perfectly precise when it comes to pinpointing the vast bulk of the problem when it comes to dismantling the patriarchy.

This is why trans women and radical feminists ultimately have the same goal: to dismantle patriarchal structures that target women and create the conditions of liberation for all genders.

Although the nature of the oppression is different in virtue of not having identical biological functions, there is still much that overlaps.

Trans women are at risk of violence from cis males. We can still get assaulted, raped, and killed. We are at risk of legalized discrimination in the form of healthcare, housing, the workplace, etc. We have objectively worse mental health outcomes on account of social prejudice. We are also subject to unconscious bias and prejudice at an interpersonal level.

This is why we focus on intersectional feminism. 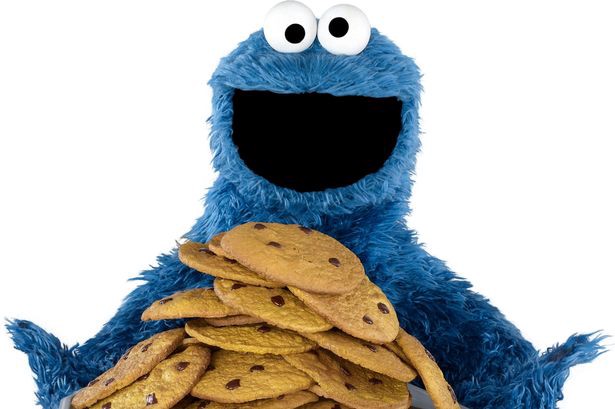 Although our experiences are not the same, why should we expect that all women have the same experiences? Is not our tapestry more rich when we include the voices of trans women?